A "disciple" is also called a "follower."

A follower of Christ is called a "Christian," first coined in Syria, in the city of Antioch (ca 30 AD).

Jesus followed His Father, and told us to do the same. So we follow Father. "Our Father who ..."

"Following" is an action word. Action can be adjusted by reconsidering sequences. Each human can "think and adjust" to create a different action sequence. This is part of our "human being" - also known as a human's participation in the image of God. He made us to be like Him in that we can control our thoughtbergs and align them toward the objectives we choose to follow. This is the freedom factor that is always true, regardless of who controls your environments.

As you begin thinking deeply about the facts and implications of Creator and His Cosmos, and how you go about following Father, know that you are doing what Jesus commanded, "Seek first the Kingdom of God and His righteousness."

As you seek God and His righteousness, first, remember that Creator is infinite. Creatures (both angels and humans) are finite. For the finite to "fully understand" the infiinite is impossible. So, creatures are dependent on Creator to tell us about Himself. And Creator did that, from the beginning. He talked personally with Adam and Adam wrote it down.

Genesis 1 - 4 is the "literature" that made it through the Flood. Noah may have carried other writings onto the ark, but the implication is that Adam's Bible was the most valuable treasure on the ark.

Second, remember that Father is the first cause in the Godhead. A simple way to handle this complexity is to acknowledge that Creator is an "us" (Gen. 3:22) - Father, Son, Spirit - the archetypal Triangle Offense.

Please resist "freaking out" because it is too difficult to reconcile in our human minds. Many "more noble minds" than ours have battled to give the best answer, but we are insufficient for the task.

Like the early Christians who thought long and logical, the focus is on Monotheism - One God who operates seamlessly. We can consider much detail about Creator's righteousness as we move into considering the Cosmos in which we live, move, and have our being.

From the corruptions in the Garden, thousands of years of history passed before Father fulfilled the promise made in Genesis 3:15 about "the seed of the woman.". But at the exact timing prophesied, the little town of Bethlehem, in the colonized land of the Roman Empire, angels announced Christ's birth (Christmas).

Creator God is "not slow" about His promises. He perfectly timed all the transactional sequences within the Cosmos, not preventing some evil but precisely limiting it, with perfect timing, to accomplish His flawless Rescue Operation.

We are in Creator's cosmos now. And we commit to worship Creator, and follow Father's lead, just like Jesus did. Jesus IS the way of escaping Satan's colonization of this planet, and has been since Genesis 3:15.

"The path of the righteous is like the light of dawn that grows brighter and brighter until the full day." That is King Solomon's prose (ca 950 BC).

Are you urgently following Creator's plan? That is what a Christian does, just like Jesus did. After you repent, just get back in the game. Failure is not possible if God knows you.

Whose Kingdom are you in?

Books of the Bible - Old testament 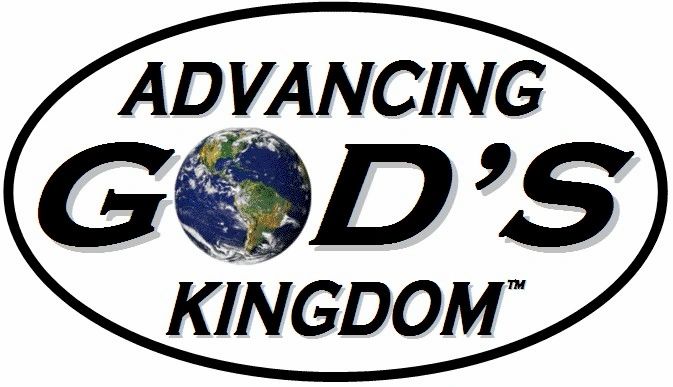 "It's about WHO knows you" they say.

While you are getting to know Creator and His cosmos better, here are some groups who know me. They have abundant resources to add to your reservoir of resources.

More Resources for your increase

You can attend any Worship Service you choose. And you will find a Church whose Christians love you mercifully as together you Worship Creator.

Each person is unique and will worship Creator as they understand Him. There is only one Creator who created this cosmos in which we live, move and have our being.

International Mission Board has been the strong arm of service supported by Southern Baptist Churches and others participating in the Cooperative Program, since 1845.

North American Mission Board serves many language groups in major and minor cities, from San Francisco to New York City.

Pastor Chuck Swindoll oversees Stonebriar Community Church in Frisco, Texas. He also produces many invaluable resources on Insight For Living. He is chancellor of Dallas Theological Seminary, which offers an incredible process called LEAD at the Hendricks Center. His work and his personal connections have been monumental in my life.

Pastor John MacArthur and his teams expound details about Creator's communication. The Master's University and Seminary has produced so many great leaders!

Billy Graham Evangelistic Association (BGEA). Franklin Graham, Billy's son, has shone his own brilliance with Samaritan's Purse, and continues preaching all over the world. Franklin's son Will is following and expanding the path forged by his granddad and dad. These men have moved mountains to seek and save the lost. Personally, I ventured into their disciplemaking processes, and it is increasingly efficient.

Access the most popular and most helpful resources of the John Maxwell Team. John's crystallization of dynamic processes into simple, child-like explanations is, to me, phenomenal. The John Maxwell Team, under the leadership of Paul Martinelli, is the biggest and best leadership development organization on the planet right now. Whatever your leadership development "needs" and/or "wants" may be, whether in a religious culture or a business culture, we can help you choose what best suits your situation, and improves your production significantly.

This platform is intended to reach all the nations of the United Nations - in fact every soul on every soil of Earth.

While all of the above Resources find their source from Genesis 1 - 3, we all know that there are many "belief systems." In fact, each soul has its own belief system. It's called your worldview. And it is controlled only by you, and whoever you have to work with to stay alive.

We understand, because we are all just like each other in that way. We find ourselves in a world that we do not understand perfectly. And we all make choices that seem like the most fulfilling. It's all okay now. Creator knows us ... everything about us ... and He says, "Come to me all who are weary and heavy laden; and I will give you rest."

This is a cooperative effort open to all organizations, (whether "for profit" or "non-profit) and individuals within all the nations. This site is free. We aim to free those captive to the lies of Lucifer into the truth of Creator.  Our first mission will always be to serve the most needy. Mission 2019 is the expression of that. Help us connect needs to resources.

If you have needs, leads, or seeds, please use the Contact Form to let us know how we can help you bring your ideas to life, effect an innovation, and create an advanced perspective.

Followers of Creator must generate income to survive, make a living, and thrive.

Organizations are listed on KingdomInvestorGroup.com.

Click the link to see if any of these are useful for you.

March 2020 - While researching, I found this site today. It's some "college-level" science from an esteemed expert in the field, full bird Colonel Brown.

March 2020 - I have watched Dr. Peterson's presentations, and find him extraordinary. Though we have some presuppositional differences, his mastery of his field is remarkable..

Add to the Research - Tell me Who You Know

Add to the Research

"Lonely Enough to Murder Myself ..."

For an Urgent Need, please talk to someone: MakeTheConnection.net.

Your action to call starts the processes for enduring ... you may have to wait on hold because we don't have enough volunteers.

You Swore to Serve but feel abandoned ...

When you are in "need of money" to care for children ...

Respond by email to Darren@AdvancingGodsKingdom.org.  We will do all we can to comfort you in your distress.

When you are down and not sure what to do next ...

Contact us at SetFreeRocks.com. We hear and help when "broke as a joke" aint so funny.

Would you help me by becoming a friend to another in need?  We need some volunteers who can be "ear" who hears.